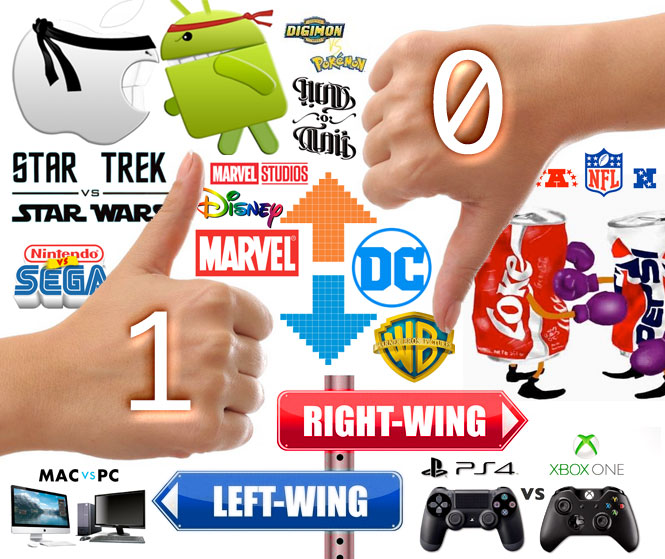 Superman’s journey “back to cool” was a lot more circuitous than that of Batman, fraught with rivalries and rumors as chronicled in the 2008 book: Superman vs. Hollywood: How Fiendish Producers, Devious Directors, and Warring Writers Grounded an American Icon, by Jake Rossen. In 2006 I turned up for Bryan Singer’s Superman Returns, a movie which further fueled a DC/Marvel movie fan rivalry (predating Marvel Studios itself and Disney’s involvement) when Singer dropped Twentieth Century Fox’s X-Men: The Last Stand to direct it, leaving the latter movie to a lukewarm reception, see CinemaBlend’s article: Bryan Singer Admits Letting Go Of X-Men Was Traumatizing.

Singer’s Superman production was sorely miscast for the story it was telling involving the original movie characters years after the events of Superman II (completely ignoring the intervening sequels). Yet I found a movie with a great first half, full of Superman action… and a second half full of soap opera Superboy drivel and Superman vs a giant Kryptonite island continent… feh. Man of Steel was an altogether different beast. Conceived by writer David S. Goyer, Christopher Nolan, and Zack Snyder, the movie seemed to aim for a synthesis of inspiration from Snyder’s previous experience with The Watchmen (2009) and the realistic tone of Nolan’s Dark Knight Trilogy. The movie pulled a complete one-eighty from its predecessor. Gone was the family drama.

Man of Steel instead substituted a reality with FBI agents grabbing Lois Lane to coerce the surrender of Superman to the U.S. Military to appease Zod’s introductory demands. “You Are Not Alone” was not something humanity learned by meeting Superman in this movie. It was something Zod revealed, in a scene also applied towards the movie’s marketing campaign. Man of Steel told the story of humanity’s First Contact with alien life, and unlike every Superman movie before it, it undertook the mission with serious intent to show the ramifications. Man of Steel took us all the way back to a humanity that had no idea it was not alone in the universe, and introduced the world to Krypton, Zod, and Kal-El the refugee before they ever had a chance to meet Superman.

It is perhaps this intentional choice in the narrative, this thematic shift in the character’s introduction to the rest of the world, which is at the heart of where this character’s story has traveled in cinema since then. The darker tone of Snyder’s efforts—launching this character into a series of movies that share cinematic mind-space with Batman films that played in modern and believable urban settings—necessitated coming to real grips with how we would respond not only to the presence of super-powered aliens from another planet, but the revelation that one had been secretly living among us.

The people of Metropolis, the people of Earth, don’t know him or trust him. Neither, yet, does the audience. By the end of the movie, the story is supposed to carry us through this ordeal alongside this new hero, watching him sacrifice and fight for us and choose his home of Earth over a New Krypton, thereby teaching us to trust him.

After the movie came out and people discussed it, there were some complaints about what effects this darker depiction had on the character, by being more grounded in the actual distrust, confusion, and fear that would be the response to Superman’s emergence. Some of these complaints had real merit. Certainly the character arc of Johnathan Kent had a huge impact on this, ensuring that his adopted son Clark would keep his powers and identity completely hidden until he was revealed against his will. Suddenly Superman is transformed into a reluctant hero, and it is admittedly to the detriment of the character’s heroic stature.

Other criticisms, however, seemed without merit and unfair. Some fans complained that they never grew to trust the new incarnation of Superman. The destruction wrought on Metropolis before and during his final battle with General Zod, capped off by the conflict’s conclusion wherein Zod forces Superman to kill the General by breaking his neck, was over the line, for them. “This is not my Superman,” Adam Anklewicz writes on the “Never Had to Fight” blog, also decrying the prominent Sears, IHOP, and 7-11 product placement in the film. Other critics echoed the sentiment.

Some of this is simply misplaced nostalgia from the old movies, filmed when urban destruction due to a battle of super-beings was simply out of the budget. Some of it is due to false memories of the old films, in particular Superman II, and a Screenrant article by Kofi Outlaw does a fine job of pointing out the Man of Steel Ending Controversy & The Superman II Hypocrisy. Mr. Anklewicz can of course disown Man of Steel all he wants, be he could also do well to note that Superman II’s limited urban destruction was almost completely limited to product placement.

As for my thoughts on the urban destruction, I was a longtime fan of DC animated TV series and animated movie treatments of the character, starting in 1996 with Bruce Timm’s adaptation in Superman: the Animated Series, a follow-up to the successful Batman series. Technically I started with the Super-Friends treatment of the character, but Superman: The Animated Series, like the Batman series before it, really demonstrated what could be done with the character. For viewers like me, and readers of the comic in more recent years, Superman’s destructive battle with Zod was familiar and welcome. Ironically these less photo-realistic mediums had already taken a more realistic look at the kind of collateral damage that would occur during a battle between super-powered beings. Animated Metropolis had super-beings punched through its buildings nearly every week.

You simply can’t expect a modern, realistic depiction of a living weapon like Superman to explore not only the fear of its power, but its realistic damage when unleashed. On the other hand, I agree with some of the points made by Superman: Birthright author Mark Waid assessment in his Thrillbent blog entry: Man of Steel, since you asked. I felt, like he did, that the hero role of the character of Superman lost a lot of the audience’s trust when Metropolis was attacked by the Krytponian ship while the city’s protector was overseas battling the confusing nanotech CGI soup world-builder.

Superman saves Metropolis from the world-engine and somehow gets credit for it even as he was across the world battling CGI to do it. My wife would remind me at this point that at the conclusion of Superman Returns, I stated the movie was missing a battle with a giant robot. You’d therefore think I’d have liked this portion of Man of Steel, but too many crucial actions were happening while Superman was away from Metropolis. I’ll even go one further than Waid did and state that it was  a bad idea for Zod and his fellow Kryptonians to terraform a planet where, after a period of mild discomfort, they become essentially immortal and impervious gods with no lasting effects. Although the plundering of natural resources is a consistent theme in the movie beginning with its treatment of Krypton, applying it to Zod’s motivations here just fails to make enough sense. It’s dumb.

Replacing the Indian Ocean sequence with Superman focused on rescuing people from the destruction from the Kryptonian ship in Metropolis (which could have had nothing to do with terraforming) would have established Superman as protector. It would have earned him the later sequence, which I think Waid and others criticize unfairly, when Superman’s final knock-down, drag-out fight with Zod further damages Metropolis.

At the time, Jordan Zakarin of Buzzfeed tracked down a disaster expert to estimate the damage to Metropolis (two trillion dollars is estimated, 129,000 dead), in an article that got quite a bit of reach and republishing links for the outlet: The Insane Destruction That The Final “Man Of Steel” Battle Would Do To NYC, By The Numbers. Sadly this article and its republished versions all fail to make the distinction between the damage done to Metropolis by the world-engine while Superman was away (working as part of a plan to take out the two-pronged attack), and in the final battle with Zod.

The Zod battle does less damage to the city, compared to the world-engine sequence. It winds up being the terraforming machine, by being both pointless and exceedingly destructive, that fuels the movie’s reputation for Roland Emmerich-style “disaster porn” pointless destruction. Marvel Studios has unleashed perhaps an equal cumulative share of individually lesser incidents of urban destruction in their films, running up through last year’s airport battle in Captain America: Civil War. Fox’s X-Men series persisted with somewhat tone-deaf massive destruction in the same year’s X-Men: Apocalypse, which, admittedly may have been irrevocably painted into the Emmerich corner by its namesake. Sadly, in Man of Steel, its a plot contrivance that could easily have been avoided.

So Waid is dead-on in this regard: by being away during all that destruction, Superman certainly didn’t earn the “He saved us” that Jenny utters to Perry White amidst the rubble before the final battle with Zod. But it is Mr. Waid’s and others’ most vehement criticism of the movie with which I most strenuously disagree: “Superman doesn’t kill.” I can’t agree that his action at the end of the movie, killing Zod when faced with that as the only choice to protect innocent people, was wrong or out of character. Setting aside for the moment that the scene that drew the most complaints showed exactly what Waid as well as other critics had wanted—Superman saving people—I assert this: