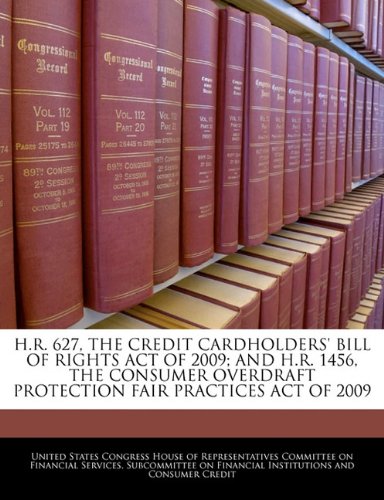 I am writing to ask you to support Senator Dodd’s FAIR Overdraft Coverage Act of 2009. I know that many senators have removed their support from the bill because they believe the Fed’s decision to require banks to offer their customers the choice to opt out of “overdraft protection” will be sufficient. I am writing to tell you it will not be, and why.

Here in Colorado I used to be a customer of Commercial Federal, which was purchased by Bank of the West. Under Commercial Federal, my debit card would be rejected if, due to some accident, I attempted to change something that could not be covered by my account. We discovered that Bank of the West had a different policy quite by horrible accident, which cost my family quite a lot of cash at a time we could least afford it.

We eventually moved our “free checking” business over to Wells Fargo, since it became clear there were no banks left that offered the simple choice of not having charges go through that could not be cleared, and since my wife’s employment with Barnes & Noble allowed for free online banking.

I check my balance several times a day, track every check I write, and try very hard to manage the online payments, auto-payments, and myriad of payment sources that draw from my account to avoid this situation. Yet I would say that Wells Fargo has gathered at least $1200 in fees from my account through the last three years, at times when I could least afford it, when an auto-pay bill I had anticipated and asked not to be paid came out anyway, when times got very rough, or when I simply made a mistake.

A conversation with their customer service labeled this cost as a “feature,” a “convenience,” for me to enjoy. One they point-blank told me could not be removed.

So, despite my fears that the Fed’s ruling would hurt Senator Dodd’s bill’s chances, I was happy to hear about it, and after calling their customer service to have the “overdraft protection” removed and being told I had to do it in-branch, walked right into my local Wells Fargo to ask to have my “feature” removed. I was told, again point-blank, that the Fed put no time structure on that ruling, and the soonest I could expect the option would be “sometime next year.”

There is no teeth to the Fed’s ruling. There is no message that what has been done to consumers struggling on the edge of hardship, fighting these new byzantine banking methods is WRONG. With 3 billion dollars a month being drained from the hardest-hit consumers at a time of economic hardship, there is no INCENTIVE for them to GET THIS CHANGE DONE.

I know there are provisions in the bill that maybe go too far. I’m not sure I agree with the limits set in number of overdraft fees that can be assigned–I have no interest in pardoning the consumers out there that simply do not want to pay attention to their accounts, as I have so strenuously, and often helplessly, over the years. Yet the requirement that an overdraft fee be commensurate with the overdraft amount is key to the whole usury aspect of this “hidden credit line” most consumers like myself have no choice but to accept with our “free checking.”

Support for this bill is the only way to properly communicate the gravity and seriousness with which our representatives view unfair, usuristic “lending” practices enacted on the working class families of our state and country at times in their life when they are most struggling.