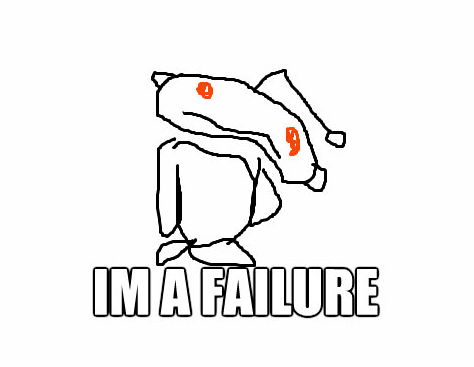 The Underappreciated Reddit Brilliance Archive is a series for those Reddit posts of mine where I really captured and said something good with my words, and spent them on the ground before a post that got deleted minutes later, for example.

URBA#2 – Re: Do You Support Modern Feminism?

In response to: AskReddit: Do You Support Modern Feminism?

When I was in college twenty years ago I attended a speech from Chuck D. of Public Enemy. The main thrust of his point was about maintaining racial and cultural identity for African Americans, and his argument to people in the audience was that if you are a person of color, you should only date or mate with people who share your ethnicity. I was upset enough at the implications of this recommendation to write a letter to the school paper. I was upset because I believed what I was hearing was a recommendation for prejudging people based on the color of their skin–sure the intent of the recommendation had less to do with racial purity and more to do with cultural identity–but the basic actions required to follow such a recommendation would be to look at a person and make a decision on what sort of role they could fulfill in your life, based solely on their skin color.

That, as I said, was twenty years ago. Squarely during the second wave of feminism. Feminism, as it was introduced to me, was essentially Humanism. The wheelchair-bound and frankly amazing professor of the Women’s Studies course I took (ED: I believe her name was Marcia Wilcoxon) was very clear in her definition: Feminism encompassed in its precepts a solution to racism and prejudice in all its forms, because feminism was designed to dismantle the most basic form of biological human prejudice, the form that exists in nearly all societies across the earth in one way or another: prejudice against women. Feminism, as it was presented to me, was about taking any human as an individual without prejudice. It was an idea I could get behind, because it pointed to a possible future, a bright one where a person could aspire to themselves erase and remove their own prejudices and evaluate people based on their behavior, ideas, and merit. And a utopic future where we could live without these prejudices if we taught Feminism well enough to everyone.

I considered it a movement with a possible branding problem, to be honest, at first. I didn’t go into that class with that understanding of Feminism. Because of the name itself, my youthful uneducated viewpoint considered Feminism as the essential opposite of “Masculism,” or Chauvinism. I thought Feminism was for women and was about whatever it took to increase power for women, and therefore I considered it to be just as full of prejudice towards and preconceived notions about men as Chauvinism had for women. Such a concept could never appeal to me, as I could never envision an ideal future where issues of racism and sexism were actually eradicated, and people were actually color-blind or gender-blind, to come from the efforts of a group that merely flipped the prejudice and fought for power for “their group.” But Feminism, as I learned about it, aimed for just such a future, for everyone, by focusing both the efforts and identity to the most basic prejudice most humans still self-justify.

That’s why the new strain of extreme viewpoint in what has been introduced to me (mostly online) as Third Wave Feminism, presents me with some issues. What I am specifically witnessing is the idea that its impossible to be racist to white people, or to be sexist to men. I understand that the “ism” refers to a system of prejudice, and the semantic distinction is designed to indicate that if you show gender or racial prejudice towards a white male, that prejudice still exists, but is not part of the “ism.” I consider this a razor blade of an idealogical distinction. Many people aren’t getting it, and are just finding that racial and gender prejudice are just an okay thing to employ against the oppressor group, until the “scales are balanced.” To me, that just speaks to a future where there will be no official announcement or realization that “the scales are now balanced”–instead people will merely return to the same set of feelings of their “opponents,” justifying their own fear and prejudice to themselves. And the cycle will just continue forever, changing hands and groups maybe, and revealing all this prejudice to be an inextricable part of our human nature.

Meanwhile I believe what’s really going on is all of us in the “visible classes” are feeling the decreased resources and jobs, the increased pinch and stress, the desperation and hangry competition over dwindling opportunities, as the richest of the rich “invisible class” increase their hold on more and more of the global resources and power. And the more we can be pushed, prodded, angered, and directed to fall upon each other with blame and accusations at how there’s just NOT ENOUGH for all of us anymore and it’s YOUR FAULT, the less we’ll point our fingers at the Robber Barons of the Twenty First Century.