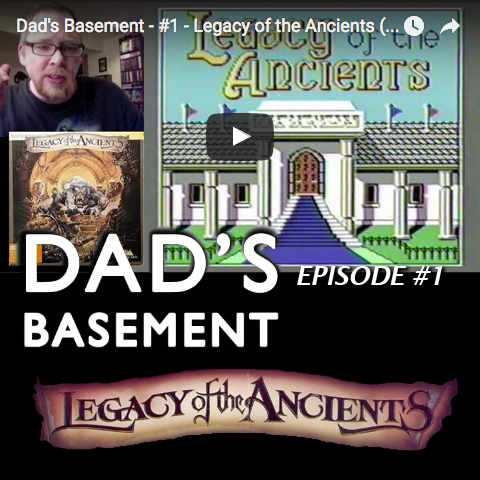 Part of a Video Series on Video Game History

Legacy of the Ancients was an RPG with action elements, and a contemporary of other RPG series at the time like Ultima, Wizardry, and the Bard’s Tale. It was released in 1987 by Electronic Arts, and was developed by Quest Software, a company made up of twin brothers John and Charles Dougherty, who also developed the Questron games for SSI.

In this video I show off the demo mode of the game as captured from a C-64, and then embark on a series of highlights from a quick run-through of the beginning of the game.

I believe the motif of this game, a galactic museum filled with “out-of-tune” video screens that served as doorways to dungeons and other parts of the world, is very similar to, and a possible inspiration for, the motif of the game of Myst, which was released 6 years later and was also developed exclusively by two brothers.