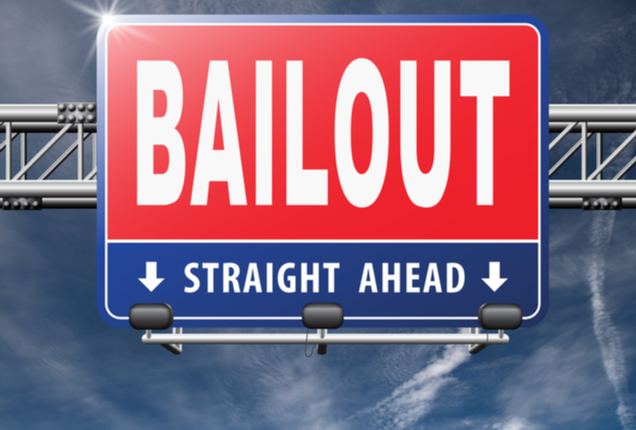 Democracy, like success in free enterprise, really only means anything at all if you’ve fought for and earned it yourself. My Dad, rest his soul, was often caught in the same situation, as I have experienced hardship in my life, and he was tempted to just give me money to help me out. I know he felt like his Dad hardly gave him anything at all, and although that made my Dad into a disciplined and responsible person who did provide for himself and his family, I think it also made him feel more than a little bit adrift and alone. So with me, my father often seemed to take the approach of the carrot and the stick. His offer for help would come with an uncomfortable amount of oversight into how I’d gotten myself into trouble. And more often than not he could sniff out how I was the source of my own folly, chew my ass out good for it, help me just enough, and put the screws to me to pay it back.

Yet also more often than not, at some point, especially if a holiday rolled around, these debts would be forgiven. He had a knack for trying to ensure that I learned my lesson. Sometimes I did. Sometimes he would forgive me a bit too easily, and as a crafty son I would not always be honest with how I was wasting money, true. But for the most part, my Dad made sure I never felt adrift and alone, but also made sure I felt pretty damn crappy for failing to do the right thing in my spending and working priorities. And, of course, the older I get and the more reality I absorb, the more I see he was right.

I have recently had a rather bitter experience with another father, one who has erred on the other side of the coin, and kept an umbilical cord connected to his son beyond logic and reason. To my eyes, I felt this lifeline was poisoning the son’s character, leaving him a person who was far more concerned with managing the PR and flow of information to ensure the perception that he COULDN’T make it on his own, because he had never been required to, and thus, eventually, because he didn’t want to.

To my perception, this character poisoning spread to all endeavors. In the workplace, the son was more concerned with managing the PR and the perception that he was working, with loud proclamations of minor efforts, while failing to notice the fact that everybody saw he spent way too much time amusing himself on the internet. And this behavior spread, like fungus, to the younger and more impressionable employees, who themselves came to feel that being asked to turn away from goofing off, and focus on work, was unreasonable. I couldn’t really blame them, since I am the type of manager to ensure that the same rules apply to every one, and when it came to applying rules to the son, my hands were tied. In conversation, it soon became clear that this son had no responsibility towards cleaning or maintaining his home–had somehow arranged to get someone else to do that for him. It was something he had stated with seeming pride. It is natural for one to want to feel pride about themselves.

Yet it was also clear to me that this person was unhappy, that his pride was hollow and untrue, evidenced by how he looked for good times in a bottle as often as he could. Hard work is good for the soul. The Puritans may not have known everything, but they knew that. People who are given everything, appreciate nothing.

A society will not appreciate a democracy unless they have revolted to earn it, unless they have shed their blood and made the hard choices it takes to fight for freedom. Democracy introduced is just another imposed order. Not of the people, not by the people. American foreign policy of the last half-century has held our forceful advocacy of democracy as its panacea, while doing more damage across the world to the reputation and future of democracy than any tyrannical dictator could.

A business will not find true success unless it too has made the hard choices that it takes to earn it–revolted, in essence. Look at the auto-makers in America now, as Ford, having declined bailout money, finds new avenues to ensure its future success, while GM and Chrysler struggle with only the hope of government money to forestall their rapid brand liquidations.

This will be my second Christmas without my Dad around, thanks to a 1/4 inch lump in his lung that metastasized before he even knew it was there. I miss him, yet I may have mixed feelings about some of the ways my Dad chose to teach certain lessons to me. But I will always appreciate the fact that the lessons he chose to convey were about my benefit–concerned with who I would turn out to be–and not about him being afraid that I couldn’t make it without him. Cutting someone loose to make it on their own also communicates to them that you BELIEVE in their ability to make it on their own.

Failure is more instructive than success. To protect a business, or a person, from failure is to rob from them the right to grow. And in the end, really all that is accomplished is that the failure is postponed, and eventually shared among those who do not deserve it. Which will, in itself, be instructive, but a much harder lesson to learn, and a much more divisive one to digest.