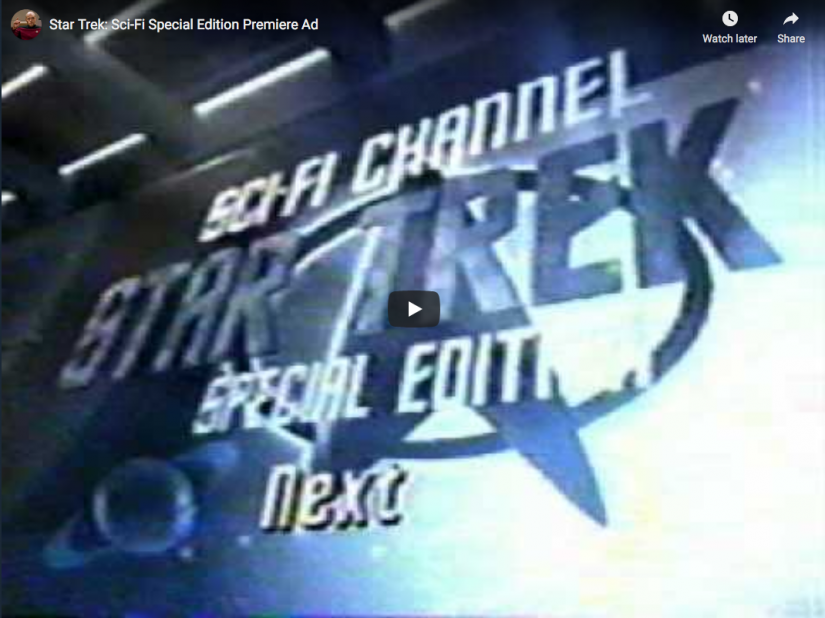 Hey this Sci-Fi Channel ad marked the 1998 premiere of the “Star Trek: Special Edition” airing on the network. Each aired episode took 1 1/2 hours to show with the interviews, extras, and full episode (51 minutes, hour-long shows clock in at 41 minutes these days, with all the extra ad space). Part of a series of Star Trek Premiere spots, retained due to pack-rat geekosity, uploaded for fan-love posterity.

Turns out the actor featured in this spot was happy to find I had posted it on YouTube for him to find years later. His name was John Tague, and he said he filmed it in NYC sometime in the 90’s. 🙂