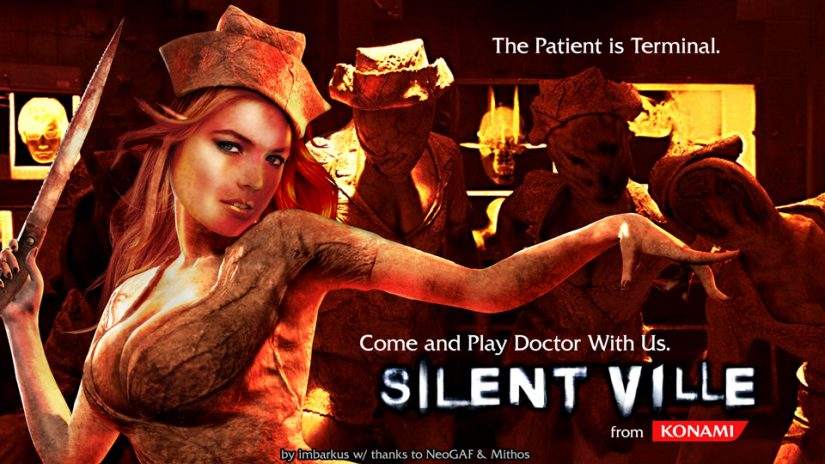 In early 2015, the new president of Konami decided to take his freshly-under-his-command company in a new direction. He fired long-time, headlining, celebrated game director Hideo Kojima and cancelled the Silent Hill sequel he had been working on titled Silent Hills. The company then went to the extreme lengths to erase P.T., the full-length Playable Teaser for the game—that had been stealth-released and had taken the internet by storm when its true nature had been revealed—delisting it so completely from the Playstation Network that even people who had previously downloaded it could not download it again.

This was actually a new type of delisting. Something we’d never seen before, that we didn’t know could be done.

My daughter and I had played a great many of the Silent Hill games together. We were also watching those early, not-yet-clearly-bad seasons of The Walking Dead together, and she was also a fan of Norman Reedus. When the reveal of Silent Hills and the end of the P.T. demo played out, we were excited for Silent Hill to finally return with a new chapter for us to enjoy together. Mere months later, that excitement was stripped away.

Further, Konami’s new president announced the company would move away from video games entirely, and “focus on mobile” as well as their line of pachinko parlors and games, as well as their North American gambling product division.

I was upset. So were a lot of video game consumers, eventually leading to the #FuckKonami hashtag. For my own part in “the conversation,” I expressed my feelings by working up a mockup for a mobile Silent Hill game consistent with the company’s new values.

I dropped it into a post on Reddit /r/gaming that got pretty good updoots at the time: https://www.reddit.com/r/gaming/comments/365ois/next_from_konami_silentville/

Your account has been flagged for cheating, and issued with a permanent ban.

This ban can only be lifted if you purchase enough reactivation points at the Konami extreme online merchant store marketplace center extreme.

Mike Fahey of Kotaku picked up the piece off of Reddit and turned it into an article for the outlet entitled: Konami Could Suck Worse that seemed to get some traction. Top comment:

>”Eww you can be Lisa’s”
that’s an absolute genius use of a Simpsons reference.
>Norman Fetus
lol
>Fuck Silent Hills
>Fuck it
>Fuck you
also good

My favorite comments come from the deprecated U.S. version of the story.

I dunno, Konami seems to be well on its damn way to that point…

Why the attack on Guillermo? thats a bit much

Movie People have unions. We have a winner.

“Hell is just a word, the reality is much, much worse.” – Event Horizon

Artistry: 0, Dignity: 0. I see it. I applaud. When are the overpaying addicts going to wise up and stop buying into this kind of shit?

Game of War… on Games

Continuing to be irritated, I came back and took a couple more swings at complaints in image form, taking advantage of the bustier figure of Kate Upton, who was all over the airwaves in television ads for the mobile game Game of War.

The latter of these two I also dropped into /r/gaming on reddit which garnered a similar updoot harvest: https://www.reddit.com/r/gaming/comments/374wg5/improvements_at_konami/

They really wiped their slate clean didn’t they? Cancelling a hyped up game and getting rid of their top creative mind must mean they have a lot of faith in the mobile game industry.

It’s strange that they didn’t want to keep dealing with this community.

Of course, since I’ve been working in the casino industry since 2002, I’m familiar have I’ve worked for companies that have done business with the entirely different, separate arm of Konami, although my role in marketing has led to limited direct interaction with them compared to, say, members of the Slots department. ¯\_(ツ)_/¯