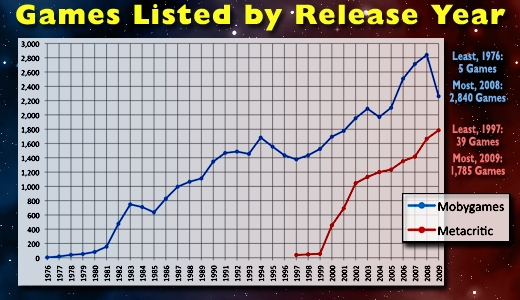 2021 UPDATE – Lots of things can happen in eleven years. The newly relaunched EGM I mentioned in another article was only good for a few issues, but the web site outlet is still cruising along to this day, so I’ve left it’s link live below. Outlets that have since closed or rebranded in the eleven years will have Wayback machine archive links posted instead.

These outlets that haven’t survived since 2010 include the relaunched Gamepro (both web site and magazine). Bitmob, or its wealth of content, has survived… although if you visit the old brand and URL now you’ll find some sort of SaaS outlet. Bitmob as a web publishing outlet for video game related articles was sold to VentureBeat and rebranded as GamesBeat, and all the content published there still remains available to this day.

In the time since both Dan Hsu and Demain Lynn have moved on to other influential positions within the video game industry. I was grateful to them for their unique self-publishing opportunity; I had fun. Feel free to check out the link for the stuff I published on Bitmob, roughly ten years ago.

2016 UPDATE – Bitmob was this brilliant little publishing platform developed by Dan Hsu and Demian Linn, ex-EGM and 1up.com editors, which allowed the community to write and publish gaming-related stories into a giant bullpen. From this bullpen, some stories would be selected for vetting and editorial and eventually sponsored publishing. I was fortunate enough to have one article vetted and published, and one haiku review (of Silent Hill: Shattered Memories) highlighted in a “best of” selection.

It was a radical idea: essentially Reddit’s gaming section in a more professional and thoughtworthy context, spliced with future-Kotaku level of opinion-press and crowdsourcing. But more than either of these two inferior follow-ups, it sought to reward and recognize the generators of original content, and even allow for a share of Google AdSense profits. Selected content from Bitmob was even featured in the relaunched version of Gamepro that ran briefly but proudly under John Davison.

Bitmob was eventually sold to VentureBeat, a site that focused primarily on tech and venture capitol news, which ran the endeavor under the name GamesBeat, for a while. That brand, and the original published location of all the Bitmob articles, remains there under the editorial direction of Dean Takahashi and others who had been with the enterprise. The community authorship and publishing function, however, is long gone, as of about the end of 2014 or so.

Dan Hsu and Demian Linn have both moved on in various directions, as has GameBeat, as have I. I eventually decided to republish some of this work here. I asked Dan Hsu about it once back then and he said it was cool, but asked me not to while they were driving traffic to Bitmob. I’m assuming that’s not a concern anymore.

ORIGINAL WRITEUP – Gamepro has launched a regular space in their magazine for user-created content from Bitmob, but they aren’t the only publisher who is finding out that there is a lot of good original content being generated over there.

The brainchild of Dan Hsu and Demian Lynn, from classic Electronic Gaming Monthly days (and now participating in the new iteration, which looks great), bitmob allows game bloggers to self-publish their articles. One of my works, The Death of the Video Game Expert, with 7,426 views, was linked to and included some talking points and an infographic that were highlighted by mega-site Kotaku in their article There Are Too Many Damn Video Games, by Luke Plunkett, with 39,516 views. My internet fame will last forever!!! 😉