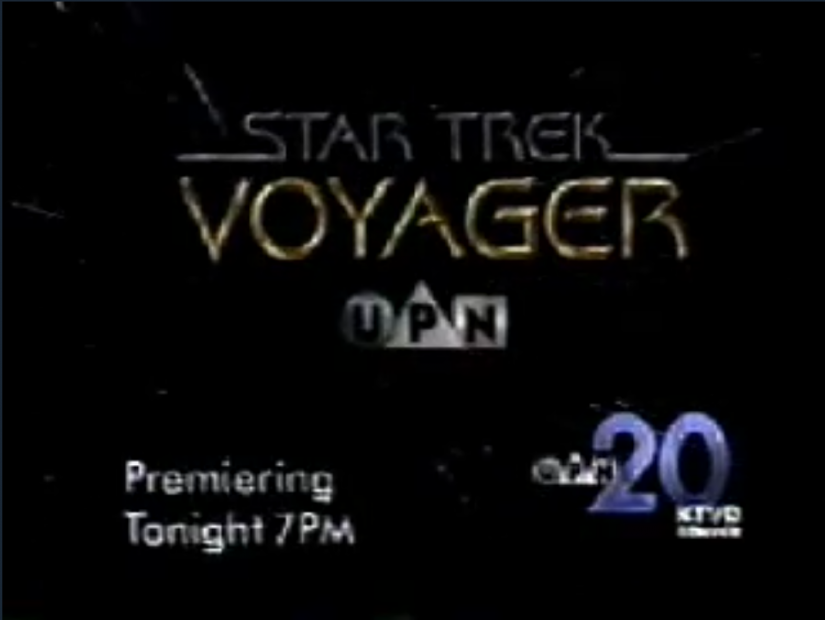 This 30-second ad aired right before the 1995 premiere of Star Trek: Voyager. It aired on KTVD-TV UPN 20 in Denver. Part of a series of Star Trek Premiere spots, retained due to pack-rat geekosity, uploaded for fan-love posterity.